The Twenty-Something’s Guide To Paying Off Credit Card Debt 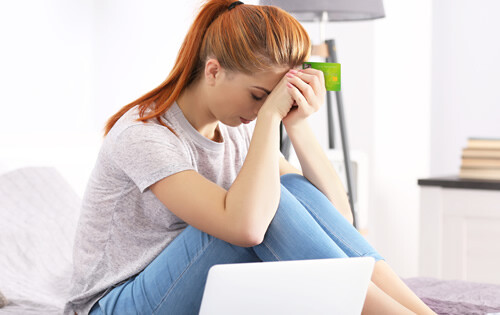 As a person in your twenties, it’s easy to suddenly find yourself owing money on your credit card. Debt is something that happens to all of us, especially in the US, where we’re constantly getting offers for new cards. And when you’re a twentysomething, it’s even easier. That extra round of shots at the bar, when you’re celebrating your best friends twenty-fifth birthday–how much damage could that cause? A last-minute flight to see your best friend before they move across the country to start a masters program–it’s worth it. And in a sense, it was worth it, because you only live once. In another sense, though, in a financial sense, it’s pretty disastrous.

And now, you find that you have credit card debt, way more than you can handle. It’s overwhelming when you think about it, and sometimes you can barely fall asleep knowing about the burden. But just like anything in life, you can tackle it. And pay it off. And here’s how.

Stare down your debt–don’t ignore it

One of the easiest things to do with debt is to pretend it isn’t there. After all, it’s just an amount of money that gets mailed or emailed to you, but otherwise, many people pay the minimum amount and then continue with their lives. And this is why the average US household has $8,683 in credit card debt. By avoiding it, it inevitably grows and becomes something almost unmanageable.

By forcing yourself to stare down your debt head-on, that’s the first step in paying it off. Know how much it is, and tell yourself: “I’m going to pay it off.” Tell your friends to make yourself accountable, so that when you’re out together, they can remind you of that fact. They’ll also be more forgiving and pressure you less to go to expensive events like bottomless brunches on Sundays.

Now that you’re taking your debt seriously, the next step is to create a budget. First, look at how you’ve been spending your money. Chances are, small costs are adding up. In 2017, the cost of a Starbucks latte was $2.75. If you multiply that by your morning and post-lunch lattes, you’ll end up spending $27.50 a week Monday through Friday, which comes out to about $110 a month. And that’s just coffee. Add that to other expenses like going out for lunch and getting drinks after work, and you might be surprised at how much money you’re spending without realizing it.

Now that you know how much you’re spending, and on what, you have the power to change your habits. We all have things we can’t do without–whether that’s a gym membership or a subscription to Spotify–and you can keep those things. But it’s time to get creative. Start carpooling to save on gas, and make all your meals in bulk so you can heat them up at the office. It’ll be hard at first, but habits get easier over time.

Keeping track is the best way to keep yourself accountable. By having a goal of how much to pay off your credit card every month, using a spreadsheet for your aims, and using an app like Spendee to track every single purchase on the go, you can start saving money and paying off your debt little by little.

Use the right debt-paying strategy

In general, there are two different ways to pay off your credit card debt, and depending on your situation, one will work best for you. According to Turbotax, the snowball method works like this:

“This method asks you to take stock of all your debts — loans, credit cards, mortgages, and other lines of credit with balances — and list them in order of smallest balance to biggest…The debt snowball has you put as much money as you can toward your debt with the lowest balance first, while still maintaining minimum payments on your other balances. Once you repay that first debt, you take the amount of money you were applying toward it, and combine it with the minimum payment you were making on the loan with the second-lowest balance.”

Then there’s the opposite version: the avalanche method. With this one, you pay off your highest-interest debts off first, and then pay off your second-highest…until you get to the lowest-interest debt. If you’re overwhelmed by many different balances, then the snowball method is best, but if you want to do the financially smart thing, the avalanche method is better. This is where you have to think about your emotional and financial health, as well as how you can balance both of them best.

The total amount of debt in the US at the end of 2017 was $830 billion, so there’s no need to feel guilty about this. The fact that you’re doing something to change your situation is what matters. Don’t forget that.

What habits will help you pay off your credit card debt? If you had a friend in the same situation, what advice would you give them?