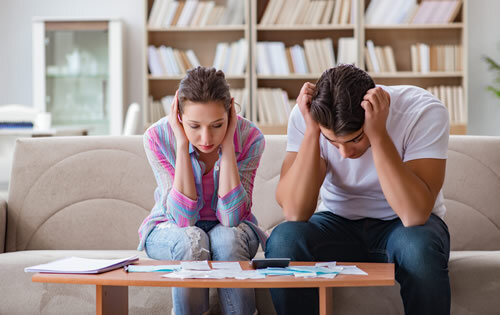 Sometimes it feels like we’ll never get out of debt. Although that might sound harsh, it can be the unfortunate truth, with high-interest rates and fees bogging us down. While it’s a pretty universal feeling, it’s also one that doesn’t have to be a reality. With the right strategy, you can pay down your credit card debt within the year. Here’s how to do it:

Start Working A Side Gig

Although it’s not the most fun objective, picking up and working a side gig can be a great way to reduce the amount of credit card debt you’re facing. According to CNN, with 34 percent of the US workforce working in the gig economy, this has become a pretty common occurrence. Don’t fret, however, as a lot of these jobs can be much more lucrative than you might imagine.

In looking at the type of gig work you can do, one of the first considerations you should make is what will provide the most yield for the amount of time you spend on it. For example, as noted by Travel and Leisure, nearly 50 percent of all Airbnb hosts make more than $500 per month, which for a gig where you’re just maintaining your house, can be wildly beneficial. The less maintenance, the better, as the goal here is to get the best ROI on your time that you can.

Another important aspect of getting out of credit card debt is compiling solid savings. Don’t be embarrassed if saving is a practice you’ve been bad about establishing; according to GoBankingRates, 69 percent of Americans have less than $1,000 in their savings. As savings is something it’s never too late to take on, this is an aspect that can help you out tremendously with your credit card debt.

The name of the game here is to find your sweet spot between what you can save to start a new financial life versus what you can offer for a settlement. To explain further, if I’m in $5,000 in credit card debt but want to have $3,000 in savings afterward, then first saving $7,00 and seeing if you can offer a settlement for $4,000 might not be a bad move if you have cash in hand. This is a usual practice in debt reconciliation as a lot of debtors are willing to settle for less if they know they can get the money that day. See what you can start at and work from there, as saving against your debt might help you pay significantly less in interest and fees.

A popular route to go, debt consolidation is an excellent strategy to consider if you’re looking to pay off your credit card debt quickly. No matter if it’s a balance transfer, debt consolidation loan, or even refinancing your mortgage, moving some debt around is never a bad idea. Not only might you get a better interest rate, but perhaps no interest at all, which can help significantly in getting the overall costs of your debt down.

In shopping around, look at what type of options are going to be the most favorable for your timetable. For example, as noted by NerdWallet, the average credit card debt coming in at around $15,983, that number may or may not be feasible to pay off within a year, however, getting as much out of the way with a zero percent interest card in that time frame can be great. From there, even if the debt isn’t completely paid off, you can transfer again to another lower interest rate, especially since that (pending your other debts) you built your credit score from consistent payments. The more you show responsibility with your payments, the more likely you’ll get favorable rates can pay off your debts at a lower price.

Don’t Forget About Your Credit Score

Finally, as the lifeblood to your financial standing, your credit score is going to be a major key to developing over this time. According to Experian, with the average score falling between 600 to 750, those on the higher end of that most likely get a better rate on loans and credit cards, allowing for more financial freedom. And if your score doesn’t exactly fall between that range, then being mindful of that as you’re paying back your credit card debts can be vital, mainly since it’ll be what defines your finances from when you’re on equal footing.

Some smart strategies to consider while paying back your debt is looking through your credit score and disputing any obvious errors. Furthermore, disputing these with credit bureaus can be a lengthy process, however, one that’s well worth it. Remember, your credit score is going to be the first thing that people look towards when deciding if they’re going to loan you money, so don’t skimp on making it as accurate of a depiction of how you handle your finances as possible.

What are some useful strategies you’ve implemented in paying back your credit card debts quickly? Comment with your answers below!