5 Financial Tips To Help Refocus In 2018

It’s no secret that we all stray away from perfection at times. Maybe it’s being a little late on a bill, or even having to pull from our savings for an emergency. Regardless of whatever the case might be, this adds stress to our lives, as we feel as though we’re constantly catching up. However, this doesn’t have to be the case.

While it might require developing a few practices, refocusing and catching up on your finances can be much simpler than you think, which is why I’m giving you a few helpful tips to get started with. Check them out below:

Look Into A Balance Transfer

If you’re looking to eliminate some old credit card debt, then a balance transfer could be your best bet. This is basically where you take the other cards you have and apply them to a new one at a lower interest. These are an especially popular option for those who can get a no interest rate card for at least a year, giving them the opportunity to pay their debt within that time frame. And if you find yourself bogged down in credit cards, a balance transfer might not be a bad choice.

Research some of the lenders available to you per your credit score, as well as how much credit card debt you currently hold. Be honest with yourself about how much affordability you would be willing to set forth towards this every month because while it’s nice to have a lower or no interest rate, one slip up could cost you tremendously. And as long as you keep yourself on a schedule that’s realistic to your income, a balance transfer could be the perfect strategy to knocking out your credit card debt.

Go Out To Eat Less

Another strategy that can help regain some financial focus is going out to eat less. According to Forbes, the average millennial spends 44 percent of their food budget on eating out, which is a pretty significant figure when you imagine how much could be saved if you applied that to cooking. Cutting back on that can be relatively simple, as long as you start to develop an eye for what your average cost per meal is.

When going out to eat, the cost of your meal is never what’s advertised. For example, you might have to drive to a place, pay tax and tip, as well as potentially giving into the temptation of getting a drink or dessert there. Suddenly that budget of $10 you had got bumped up to $20. Meanwhile, the same meal at home reduces the overhead of a cook, server, rent, and their taxes, bringing it down potentially to around $5-7. Thinking about food this way may sound a little methodical, but it will also genuinely help you appreciate the times you do go out to eat or drink in the long run.

If there’s one thing a lot of us are guilty of, it’s not saving enough money. After all, saving can be a tough habit to keep, especially if in the grand scheme of things, what you’re saving doesn’t look like it could help that much. Yet, as CNN notes, nearly 60 percent of Americans couldn’t cover an unexpected $500 expense, which isn’t as hard to save for as you might think.

Depending on your affordability, take a look at your budget and see what you might be able to save each paycheck. Even just a small percentage adds up quickly.

While it might be tempting to finance out a new TV or vacation, those are actions that don’t necessarily help you grow further. Despite how often we hear how we should all be “debt free” that’s not only an unrealistic expectation but not exactly a very healthy one. Because as noted by CNBC, with nearly 80 percent of Americans in some sort of debt, most reported that they have used that debt to invest in either themselves or opportunities. You should consider doing the same if you want to hold a healthy financial balance.

Change Up Your Investment Strategy

Finally, one terrible habit many of us have is assuming the stock market could be a quick way to make some money. Unfortunately, that couldn’t be further from the truth. However, that’s not to say it can’t make you money.

According to USA Today, more than 50 percent of millennials think that investing is too risky, which is an understandable concern. Yet, there are ways to have a diversified portfolio beyond just stocks that reduce that fear of losing out while at the same time giving you the chance to earn even more long-term. Start looking into some stocks you might be interested in investing in, as the earlier you get on this, the better off you’ll be.

What are some ways you’d like to get back on track financially? 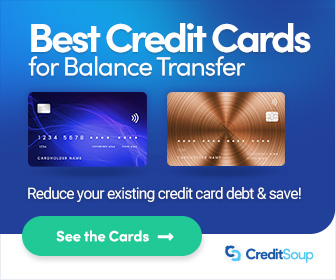